Would you like to switch to the accessible version of this site?

Don't need the accessible version of this site?

Mutual Discoveries Emerging From Secrets, Lies, Deceptions, and Truths
In the book Moments of Meeting in Psychoanalysis Interaction and Change in the Therapeutic Encounter edited by Susan Lord and published by Routledge ...

Turning a Home Into a Hospital
"The idea of hospice care in one's home is overwhelming, but it can bring its own rewards, too ... "

A New Life at 96
"Three years ago, at age 96, my mother stated that her loneliness was unbearable and her meaningful connections were gone. The pain of her isolation was intolerable. She had lived independently and had retired from New York to Florida about twenty five years ago. My father passed away about 15 years ago. Since the death of my father, she had lost two of her sisters, her brother, and recently her closest friend. Her baby sister of 90 years old, moved to a nursing home in upstate New York ... "

A Move as Catalyst
"To the Editor: The Cases column ''In Psychiatry, Mundane Remarks Speak Volumes About Personality'' (July 3) surprised me in that the writer did not expect that her move to a new office would have such an impact on her patients. When patients are in analysis, they are seeking consistency, reliability and availability; an office move is disruptive to treatment ... "

Social Media in a Successful Psychotherapy Practice
"This blog curates the voices of the Division of Psychoanalysis (39) of the American Psychological Association. Linda Beeler , LCSW, N.Y. City psychotherapist in private practice, supervisor, consultant for marketing a private practice submits this post ... " 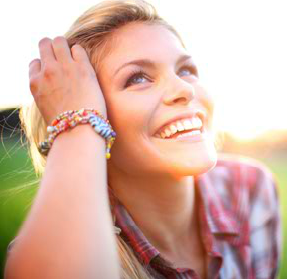 Start your new path in life and be the change today!